While being an unsurpassed satellite receiver, it is also a full-blown Audio over IP device, allowing to receive transport streams or elementary audio streams via IP with Pro-MPEG FEC and DualStreaming protection against IP packet losses. This enables you to use the FlexDSR04+ in mixed environments, switching to IP distribution when the necessary IP infrastructure becomes available or as a backup solution.

The FlexDSR04+ does support all widespread audio codecs (MPEG 1 Layer 2, MP3, AAC LC, HE-AACv1 and HE-AACv2), but also Enhanced aptX®, which delivers audio quality indistinguishable from the uncompressed audio  at much reduced bit rates. If bandwidth is not a problem (maybe because you switched to IP), the audio might also be uncompressed PCM at 48kHz/24bit. So depending on the available bandwidth the FlexDSR04+ will offer a wide range of supported audio qualities.

Additionally to its core functionalities the FlexDSR04+ comes with several features that made this product one-of-a-kind. 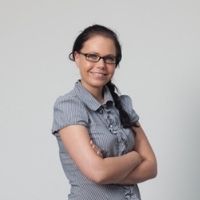